In 1999, when the original idea for “Faction” crystallized, we were still a long way from the dynamics currently afforded by HDSLRs…

IRE uses a storyline delivered across multiple media platforms which creates the impression that the story created by this content, delivered real-time, is indeed very real.

Afterwards, subscribers to the story can see it fully laid out in a cinematically crafted film, telling the story from the point of view of the fictional characters.

May 2008 in Beijing saw the first demonstration of IRE on a small scale, and the reactions were generated as depicted below (click each image for larger view, opens in new page): 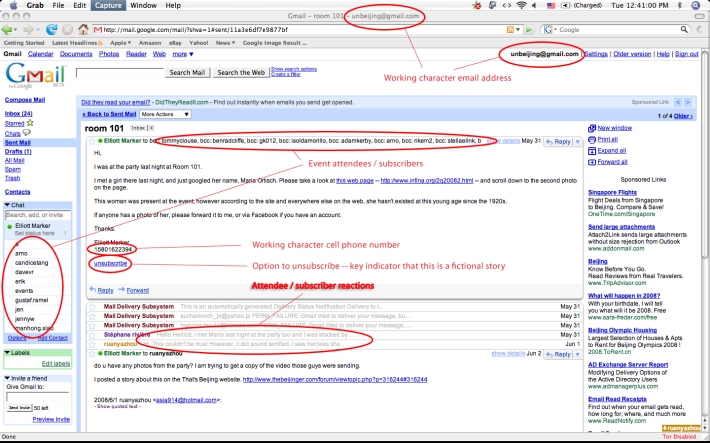 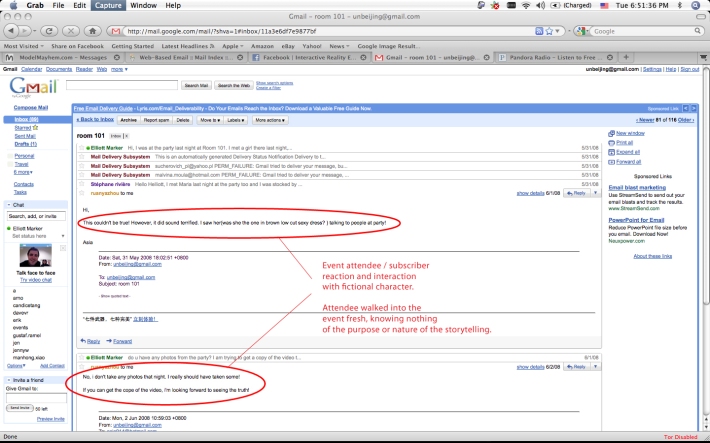 Imagine an event — fashion show, concert, art exhibition opening — where guests are told that a movie is being filmed but are not told who the actors are or what the story is. This is where (unknown) actors appear to be part of the ‘crowd’ and a 2-camera film crew appear as the ‘media’ covering the event. 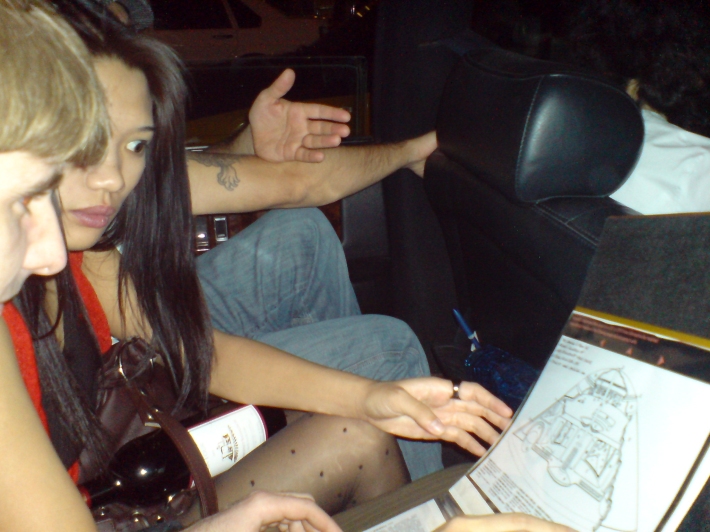 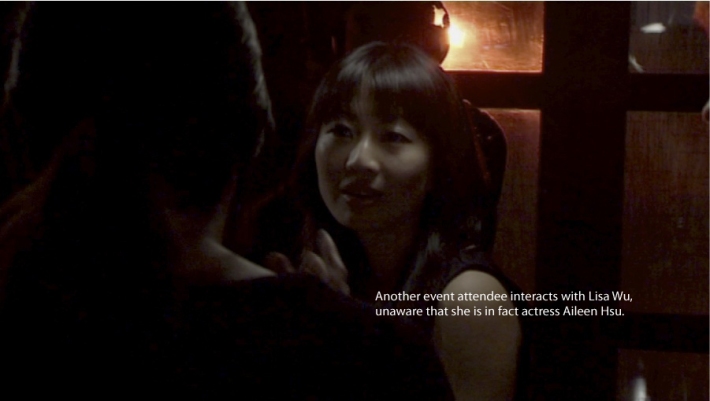 In the initial Beijing exercise, the actors, using improvisational acting (seen in the film link I have included below), attended the event in character, with business cards with real, working cell phone numbers and working email addresses. So for the guests, every stranger was a potential character in the (brand-friendly) story, adding an extra layer of intrigue to the event.

The next day, the event’s guests who had opted into the story (as well as anyone else on the web and/or customer database who wanted to opt in) received an email (which could have also been a text message) from one of the characters, soliciting them for a photo they might have snapped of another character at the event. Some had indeed recognized her.

While including an option in the initial message to “unsubscribe,” this was the door to more online and interactive content (as well as more live events which could be parties, or some other exclusive event), all of which created information gaps which could only be filled in by seeing the movie. The movie was released online for free, to provide a complete view of everything that happened in the story. This is a demonstration of Interactive Reality Entertainment (IRE).
By generating awareness of the story through its channels and ‘blurring’ the line between hard film production and reality media, IRE creates a buzz and cross flow between the various media.
Part of the appeal is that no one through production will necessarily know who is who. Only by socially interacting with people and picking up clues (websites, email addresses and phone numbers) both at the events and online can people discern who the characters are and what the story may be. Additional buzz generated by the production (and story) will have good PR value. The opportunities to spin media stories and content are numerous.
For instance… the host of a series of webcast segments covering nightlife can also be a character in the final film… and in one or more of her webcasts, one of the people she interviews is a fictional character, played by another actress. You may even be in somewhere.

IRE is a concept that creates multiple new avenues for brand experiences by directly engaging the market along a story line and the production of a movie. More of the marketing opportunities are identified in more screenshots below.

See the teaser for the film here and the film itself here — albeit these are low-quality and meant only to illustrate the concept. This execution is not necessarily a brand-friendly storyline, since no brands were being officially or contractually represented. Presently there is a crew and infrastructure set up for efficient execution of any IRE project as needed. Feel free to browse the IRE Project Assessment Form at your convenience here. 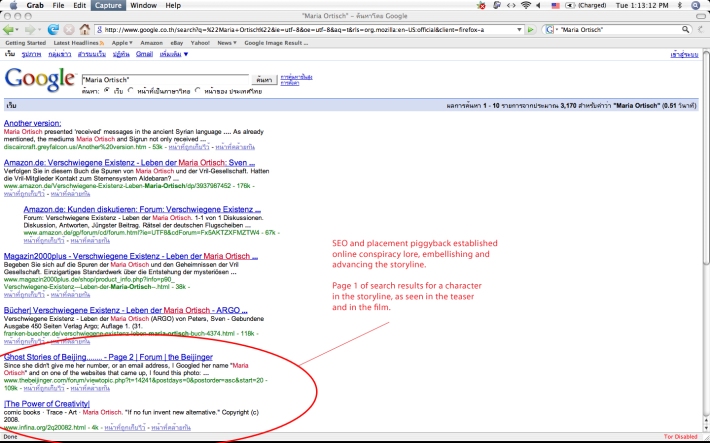 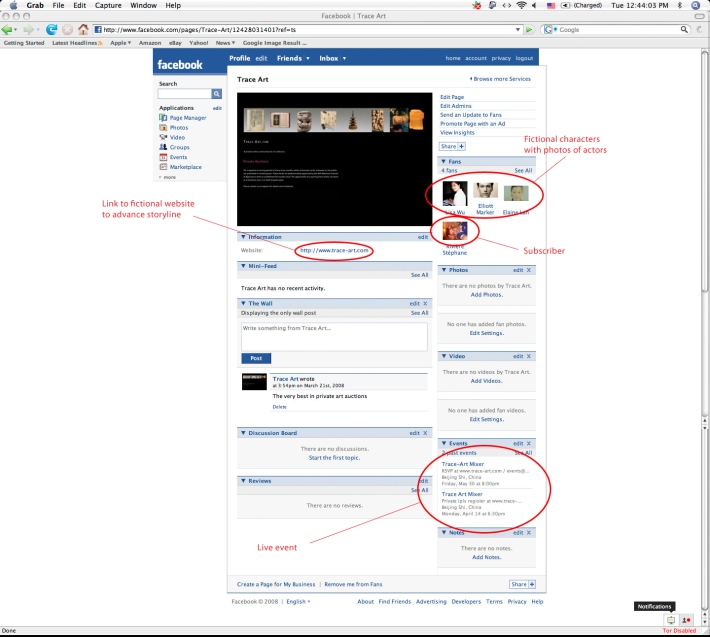 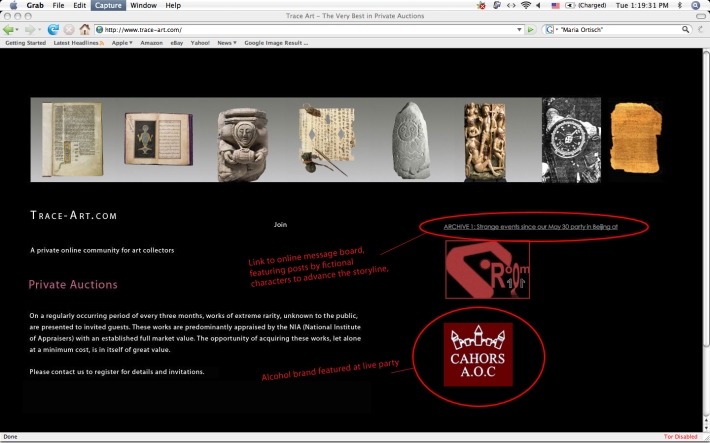